Charles Leclerc has completed a dominant weekend in his Ferrari after converting his pole position into a comprehensive triumph in the Australian Grand Prix on Sunday.

The 24-year-old Leclerc extended his lead in the drivers’ championship while claiming his second win of the season following victory in the season-opening race in Bahrain.

DRIVER STANDINGS 📊@Charles_Leclerc increases his championship lead to a larger margin than anyone did in 2021! 🤩

Leclerc was able to hold off Red Bull rival Max Verstappen during the opening laps and defended well mid-race under safety car conditions to pull away for a decisive 20.524-second victory.

Sergio Perez overcame a slow start to take second ahead of the Mercedes’ combination of George Russell, who secured his first podium finish for the season, and Lewis Hamilton.

Verstappen, the world champion, endured another frustrating race when a mechanical failure ended his hopes while he was running second 39 laps into the 58-lap race. 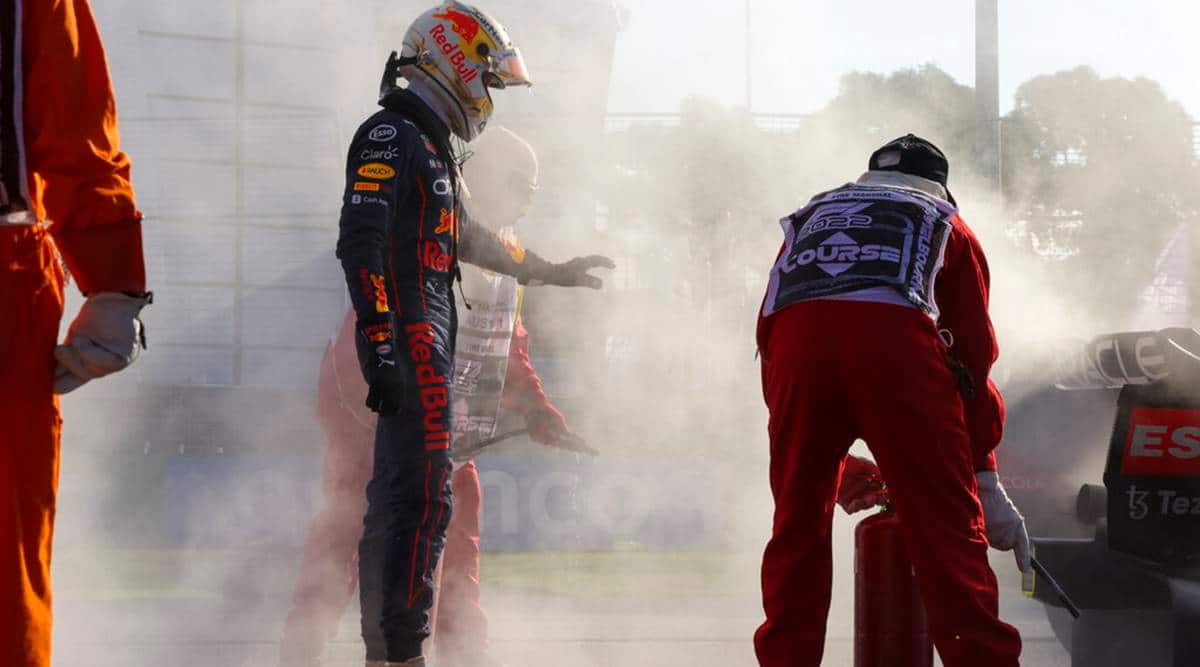 Red Bull driver Max Verstappen, centre, of the Netherlands gestures as a track marshal extinguishes a fire in his car after he withdrew from the Australian Formula One Grand Prix in Melbourne. (AP Photo)

But Verstappen never really challenged Leclerc, whose Ferrari was clearly the quicker car under race conditions in Melbourne.

The drivers’ championship leader, who pitted on Lap 22, confirmed that when posting the fastest lap of 1 minute, 20.260 seconds with a final-lap flourish.

“The car was incredible today. Really. What a race. What a day,” Leclerc said.

His teammate Carlos Sainz, who finished on the podium in Bahrain and Saudi Arabia, had less luck in a testing weekend.

After an issue in qualifying resulted in him starting from ninth, he dropped back further in the field with a slow start and then lost control on the second lap, ending his race.